Below are my responses to questions from the League of Women Voters of Stamford to be included in their 2019 Candidate Voting Guide:


Be it dealing with mold, new school building construction, staff compensation, facilities and more, everything comes down to funding, so exploring the establishment of a better financial model for our schools is a major issue I would address. It is not possible to nurture fair educational opportunities across the district when held hostage to the real estate market via relying primarily on property taxes to pay for education.
A Public Bank of Stamford (or Fairfield County) supplants the pitting of home-owning families against those who rent with a means of paying for all city schools on a more equal basis by drawing from funds generated by residents, overall, via an investment bank version of a credit union.

On the state level, the Bank of North Dakota has operated on this regionally-controlled basis, independent of the influence of Wall Street investment (and its high interest rates) with no day-to-day stake in the affairs of North Dakotans for a century, resulting in ample support not just for schools, but pensions, business development, infrastructure and other needs (enjoying a robust employment market, North Dakota was the only state unaffected by the housing crash of 2008). Sacramento has recently green-lit the creation of a network of public banks in California. There is no reason such a proven, resilient concept could not be scaleable the county or municipal level, accruing superior benefits in many areas besides education, on a mutually-supportive, rather than competitive, basis.
The greatest strength lies in schools benefiting by the long-overdue severing of ties with for-profit consultancies and contractors, such as AFB/ABM, returning managing of facilities staff to the city. Despite oft-repeated acclaim for these and other “public/private” partnerships, the drive to boost profit margins by cutting corners has only resulted in neglected infrastructure, risks to safety and additional costs for taxpayers where savings were promised. The appointment of the latest School Superintendent drawn from the ranks of our own instructors over yet another extravagant nationwide search for someone who has no ties, nor understanding of Stamford’s particular needs, hopefully bodes well for the future.

Yet, simultaneously, the greatest challenge is new dalliance with this same privatization fixation, the proposal of City Administrator Handler to give the construction/ownership of new school buildings to the private sector being the latest. Tying the city to an estimated 50-year lease per building with questions as to the independence of school activities and student safety considerations (effects of 5G antennae) while on private property aside, city employees (who have a contractual 25-year moratorium on lay-offs) are to be replaced by the owners.

The irony is that if the city had not attempted to partly save money lost to past private sector outsourcing by switching off overnight building ventilation, the call for outsourcing new school buildings in response to the resultant mold plaguing more than half of Stamford schools would likely not be necessary. Would such a proposal fly in Mr. Handler’s native New Canaan?

In promoting the best outcomes for Stamford students, especially in view of meeting the challenges of rapid environmental and economic change, the Board of Education must work closely with the Board of Finance to secure an adaptable approach to funding the educational needs of the next generation. This must be done in as transparent a manner as possible, regardless of which party is involved—students, the PT Council, or Ray Dalio Philanthropies.

Beyond this, as outlined in my initial response, my first inclination is in support of a localized, public-backed financial model that operates not on the returns of real estate, or other branches of the financial sector, but from a mandate of public service. The benefits that would accrue would be multi-pronged and mutually-supportive across a variety of previously-cited areas; an economy built on such a reciprocal basis, rather than one of ever-expanding growth, is best equipped to teaching students to teach themselves for a lifetime (as opposed to the rout emphasis of corporate-backed Common Core).

This depends on close coordination with the city, the Board of Finance and consultation with the public banking community (fellow Fairfield County Green Ed Heflin is a state liaison with the Public Banking Institute).

http://www.stamfordelections.com/candidates/5d8c945a5c88f800260246ba?fbclid=IwAR0saH5Rg0gaNRkKHAfzHmqD2iM_oOfrOB5oMkjlIClBWXm-Qik9HZJix7o
Posted by Rolf Maurer at 11:22 AM No comments:

https://www.facebook.com/vote.rolf/posts/2803194009692251?__xts__[0]=68.ARCXDlSabq9pq-CuuFKivqmovklHCF8Rlsge_PApdF4mqdMJ_w0Nh1xFC4UB8FokQ4oxUylZmMZC4E3w5tUA6Fv-ykSXY6wLsfmLOULYoImJVdAHZHSnQmVvEHPui7hv93mn6sIuJS9PnQWE8KhzGTvfydCpVmb9TJ-rb3JYea2BsI6KVx1__xv3bVBpROwgf2L9bPTnfs72e2REnBE0VkvDoDVXgke9ENpmK1q9pQCR2MA0-IL9BvSuBjZAV6iF05qDcoQS2jeTVGhzRRP7XXIt9Fpx7uMAJ2LJzrJLMb7x6XecaCWfWIMC2fVTBaRP3IuMOZ_ODpFyVfpgioQ4jA0jDAy7Gehy9J8y-Q&__tn__=-R
Posted by Rolf Maurer at 8:34 PM No comments:

https://www.facebook.com/vote.rolf/posts/2792600974084888?__xts__[0]=68.ARAFataCdnYyfGOjqU-CPUuZ89mhXufDmqK8qcRhUCZXOA0FiETEVJeFRnjwKLQiQPGfPVM_XDetLc-MeY9eL3Rma1R1h_pFF59_p3T3jM2hBiFkMARtJ48ZNbcL9VVUMFQw6048ogPgBHgsbAUnf3uhRSB13Bp8QfyJT-eFpbRjbbXhjSrGfRQlZhC9shMy1UV_PdRvhZuSIHXXOED9nUn1mHjstm-YCG1doNLnKDNM3mqXVJ07TcPSjaqgXIYcy-XbnHpD_IF8W9c7ooXBCGMRZYkloe-rxkchpj9hwQC7Yd7UtPkhbxcPTjuVq0kexCryiejrApyX1Mp9GVnkRMm1MJQvchIGjhbGjg&__tn__=-R
Posted by Rolf Maurer at 8:25 PM No comments:

Click below for candidate video commentary on the dangers of 5G and the prospect of school building private ownership... 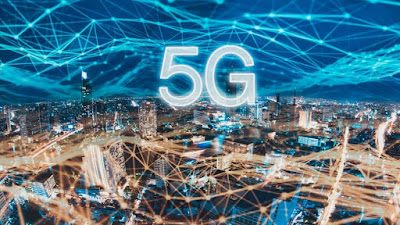 Posted by Rolf Maurer at 8:52 PM No comments: 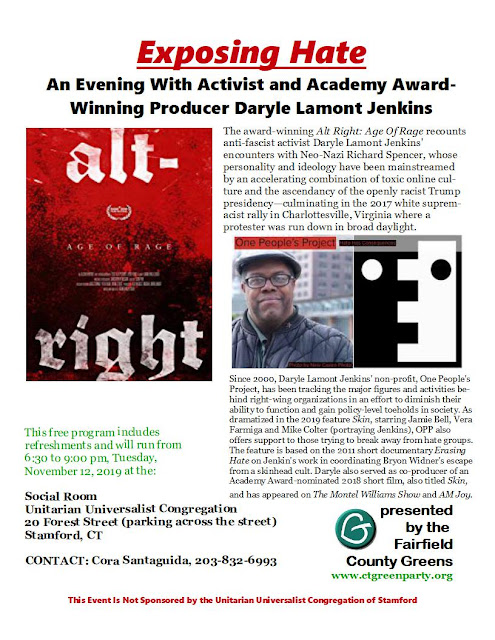 Posted by Rolf Maurer at 8:33 PM No comments:


https://www.facebook.com/corasantaguida/videos/10206937297028356/UzpfSTE2NDI4NTY5NjkxNjQ0MjoyNzc3MjM1Njc4OTU0NzUx/?__tn__=kC-R&eid=ARBUQUCTVlCSNIA7VsFxsoVqC9vBJLkRXkaKE77PqdjyEHPSNWS-gdjj8TTr1Xn-rzzWGB2ptCrP_yGY&hc_ref=ART4pUzLuD5I3_WdX9Dn-quxJYb7CbRdluZ2B3-WGuoq5Vw1FhD-Sdlh7WVEjANy_2o&__xts__[0]=68.ARBqsPwTLEdpdJ3oKmEOcWX-vrTfAjjT6z3YmWsdRAphUUZH4JOEHeZK3homau-YTQ83HJh4bkDhSiffRgm4ZxtFJC4o0COI-PfkN65oNCYLO8zIyn8MA2aS2VCG711LdFtTIrtpJiO-AvoTIzR-OrkSKI8sL-a_8Q5hl_9KGu_0M4-_lTazmp5cSvdNh-fk_-99cBjn-AivwtuxM-VEovqfaMSJnkCtQijTEpDJchE98TRSsuGhQs45GHYx_Vc6SCpGmUloeKnNtwuQS3URVM_JYBUrDOmBy4MAiA7BgdRUIX-WA-8vGAa58ywgjIUryCNvlit8RMty9S-AfrSZ9QOZ77zpuiWybFZ3oA
Posted by Rolf Maurer at 7:44 PM No comments:

As candidate for Board of Education in Stamford, my main proposals for enhancing the administrative, financial and educational opportunities of the school system focus on human- (rather than profit-) centric, localized and ultimately, interconnected approaches to issues as distinct as outsourcing, bullying, Common Core, school meals and hiring practices.

An End to Mystery Meat
Build on pre-existing school-based gardening/agricultural programs, such as Dolan Middle School’s, via field-to-table supplementation of school lunch menus. (1) 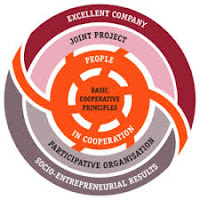 Complement this with instruction in localized economic development patterned after the Junior Achievement program. Through mock enterprise-building exercises, middle school/high school students could be exposed to practical, yet non-exploitive alternatives to standard practices of major corporate employers. Cooperatives and employee-owned enterprises, typified by such successful, long-standing operations as Cleveland’s Evergreen Cooperative, W.W. Norton publishers and Europe’s resilient Mondragon Corporation offer options for profit that are less subject to risk and opacity, while more adaptable to economic change because of their inherently local, employee-controlled, basis. (2)

Address bullying in schools by banning the use of cell phones and similar social media devices, as “cyber-bullying” is not so much bullying, but a new means of exacerbating the impact of traditional forms of bullying to inescapable levels. More funding should be allocated to appoint more counselors in the schools (as opposed to cell phone apps). If not already so augmented, anti-bullying programs could be enhanced with the consultancy of conflict resolution specialists. (3)

Cosmetic responses to at-risk students, inspired by policy input of drug company-financed mental illness advocacy organizations, like NAMI and student peer surveillance programs should be eliminated, respectively, due to their catastrophic potential for misdiagnosis/adverse medication reactions (too many school-related mass killings have involved youth taking violence-inducing psychotropic medication) and chilling effects on individuality and self-expression. What our schools need more of are guidance counselors, socio/psychological support professionals and, where indicated, proven, orthomolecular (nutrition-based) approaches to mental illness, rather than a superficial recourse to Big Pharma-inspired labeling. (4)

Return to Doing Things for Ourselves

While long-standing ties with AFB Management of Bridgeport (and its short-lived fill-in, ABM) responsible for years of negligent, dangerous oversight of school facilities staff have ended, other profit-driven proposals regarding school operations and facilities (such as, in light of the ongoing mold problem impacting more than half of our schools, the opportune suggestion by City Administrator Michael Handler to place construction/ownership of new school buildings in private hands) invites favoritism and inherent inefficiency in assuming responsibilities for services any municipality already exists to provide for its citizens. Minimizing an over-reliance on such redundant intermediaries would put an end to corner-cutting, marginalizing of city workers and public convenience, bidding bias, as well as extravagant over-development. More property taxes could be allocated for more self-directed city hiring, school programs and support of faculty/staff pensions and other needs. (5)

If Market-Based Education is Superior, Why Does it Need Our Taxes? 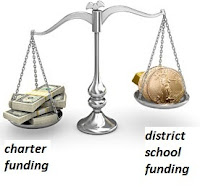 Ten years after Hurricane Katrina struck, New Orleans has now became the first city in the country to have a completely “charterized” school system, run by corporations for shareholders with more interest in return on investment than true education, resulting in the marginalization of learning opportunities for the many (relying on cherry-picking enrollment practices), while the affluent few enjoy substantive private education of their choosing. (6) I stand in opposition to all efforts to expand such programs in favor of channeling funding toward providing services such institutions provide to the public schools.

Rote Or the Three Rs

Promote public awareness of parents’ right to opt-out of the Common Core curriculum adopted in CT and Stamford, widely criticized for over-emphasizing training students in the taking of stressful, high-stakes tests antagonistic to the development of critical and creative thinking, as opposed to empowering students to teach themselves for a lifetime. (7)

Investing in the Future Begins With Investing in One Another
While shifting control of our school system from contractors, corporations, drug companies and other self-styled “stakeholders” can save money and enrich the learning environment, it would be worth investigating funding such a transition via the establishment of a city-wide public bank, patterned after the Public Bank of North Dakota, predicated not on the reliance 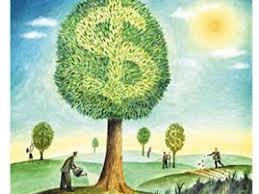 of the Wall Street bond market or hedge funds, but on state residents literally investing in one another. The state of California is proceeding with emulating ND’s successful near-century-old model on a regional, networked basis, which could incur benefits for schools, pensions, park/infrastructure maintenance and area job and business cultivation. It would also make the funding of schools in different parts of town more equitable, as it would not be so heavily tied to the value of local property taxes. (8)

“Comptroller's Race: More Interesting Than You Might Expect”, Hartford Courant, 10/13/14